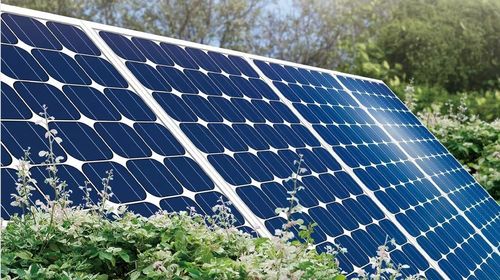 You probably know that solar energy is sunlight (solar radiation) that is constantly being emitted from the sun. Where does this sunlight actually come from and what exactly is solar energy?

Solar radiation energy, sunlight, or insolation, are all words used to describe the total spectrum of electromagnet energy that is emitted by the sun. A small fraction of this energy hits the Earth. The sunlight that hits the earth’s surface does not only include visible light, but also infrared and ultraviolet light. It takes about 8 minutes for sunlight travel from the sun to earth.

The net mass before and after a fission or fusion process is negative; in other words, there is a loss of mass in a nuclear reaction. This mass does not just disappear, but is converted into energy.

99% of the energy from nuclear fusion is generated inside 24% of the Sun’s radius, which flows outwards through several different layers, before it escapes as sunlight. A little further out, there is no nuclear fusion taking place at all.

How long will the sun continue to shine?

The sun has been burning for several billion years already. The continual loss of mass caused by nuclear fusion means that the sun is slowly disappearing. But don’t worry; according to NASA the Sun has another 6.5 billion years worth of fusion processes left before it shuts down.